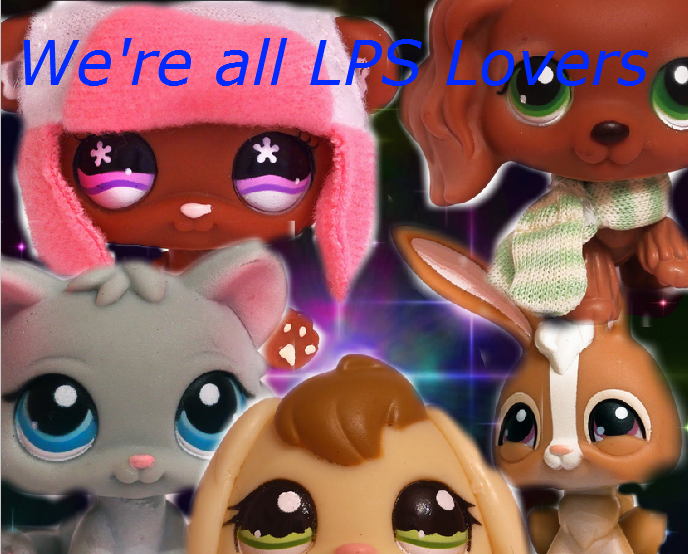 Welcome to the LPS Wiki! This wiki have only 40 articles so please help and contribute!
About LPS:Littlest Pet Shop is cute little toys franchise owned by Hasbro. The original toy series was produced by Kenner in the early 1990s. An animated television series bySunbow Productions and Creativite et Developpement, based on the franchise, debuted in 1995. However, an updated version of Littlest Pet Shop was introduced in 2005. This updated version had proportionally large heads and has no connection to the Littlest Pet Shop television show. There are currently over 1,000 different pets that have been created by the Hasbro company.They have recently made LPS video games for DS, Wii, and PlayStation 3. They also made pets that you could "adopt" and play with online.Littlest pet shop (LPS) are one of the best toys ever there easy to collect and fun to play with theres even YouTube.Hasbro made new LPS that is the LPS sparkles,a kind of furry pets and Walkables! P.S visit http://nicole-mysite.blogspot.com/ http://www.hasbro.com/littlestpetshop/en_CA/. and http://www.youtube.com/user/OfficialLPSVideos?feature=watch Awesome sites for LPS fans!

To write a new article, just enter the article title in the box below.

Did you know the color of LPS pets eyes tell how rare it is? Blue means it is Common, Green means it is Uncommon, Brown means its super uncommon,and Purple means its rare also hard to find.There also even more colors then that! Inside the LPS eyes,there's a shape inside.Most LPS has the Circle shape in their eyes.They can have 1 or 2 shapes in their eyes.Most have 2!

Retrieved from "https://littlestpetshoplps.fandom.com/wiki/Littlest_pet_shop_lps_Wiki?oldid=5165"
Community content is available under CC-BY-SA unless otherwise noted.